Today I added yet another sport to the list of sports I have tried. Today I tried curling.

Now, to be honest, when I woke this morning, I did not say “I must try curling”. I said “Where is all that bleeding snow MeteoLux has promised and why am I not seeing a blizzard”.  But life turns out interestingly, and somehow, I accidentally wound up trying curling. 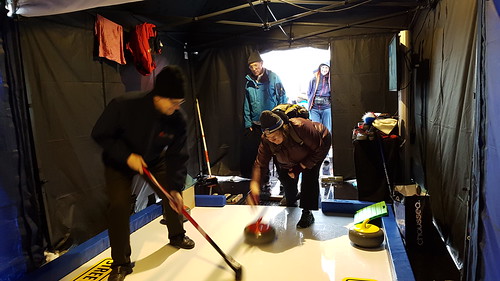 The new transport system went into operation in Luxembourg today – this means a brand new tram, a brand new funicular and all sorts of changes to the buses and rail system. The current changes don’t suit me at the moment – I’m moving from a direct bus to a bus and change to tram which is ludicrous for a 2km journey but sometime next year the tram will extend to where I live and I will have a direct tram journey to work which will be handy if somewhat sweaty for the height of summer. Today it was somewhere approximating the depths of winter as it snowed all morning and this evening, we’ve got gales to look forward to.

Anyway, here’s the funicular. It takes a minute to go from top to bottom and vice versa. 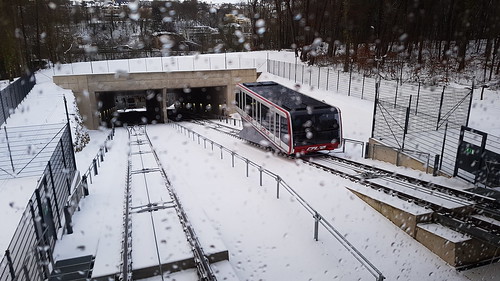 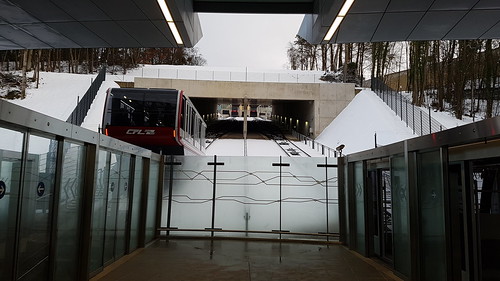 And here’s a video of the trip up with some arty out of focus sections. 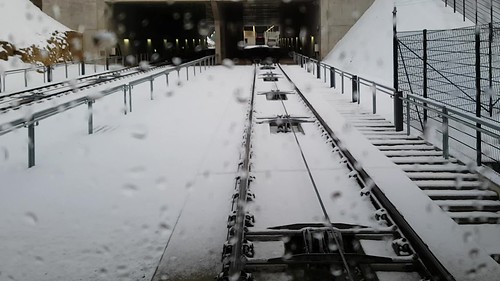 I had trouble getting the video to work on the way down.

The tram was running, and to be frank, was packed but I suspect in part that’s because all of the useful buses have been re-routed. 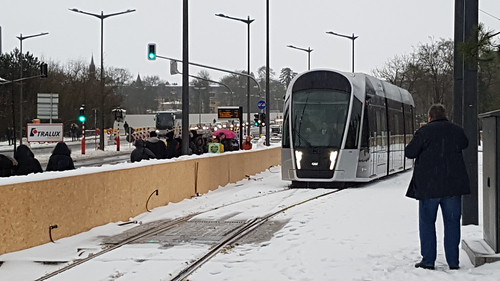 Tram in the winter sun. 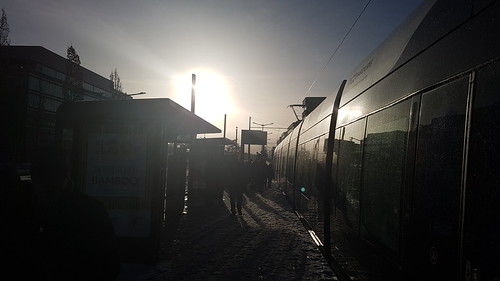 As part of their celebration stuff, they set up Luxembourg Curling club with a temporary (plastic) curling rink and you could have a go, if you were so inclined. I had a go. I had several goes. I have looked up the Olympic curling set up to see if I could like, compete for Ireland and it transpires I need four other Irish people with an interest in curling.

That might be a tall order. My options for Olympic greatness continue to be limited.

But curling is compelling.  It’s basically simple. Stand here, and give this circular stone thing an almighty shove up the rink and hope for the best that you get it into the circles. It took me 4 goes to shove it hard enough but so what. It was fun. In fact, I don’t know why it was fun given how simple it is. But it’s more fun than Candy Crush, that is for sure.

There is a curling club in Luxembourg. I’m going to join as the bunch who were there this afternoon were great fun, mad supportive and dead helpful. And they let me have quite a few goes. 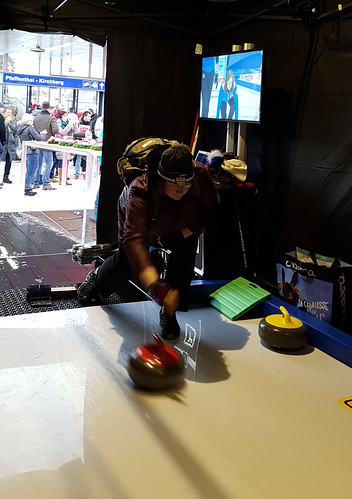 CFL, Luxembourg National Railways, also had an ice sculptor in. 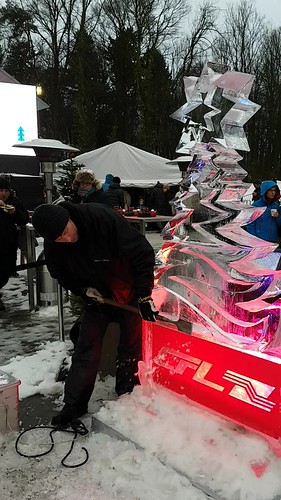 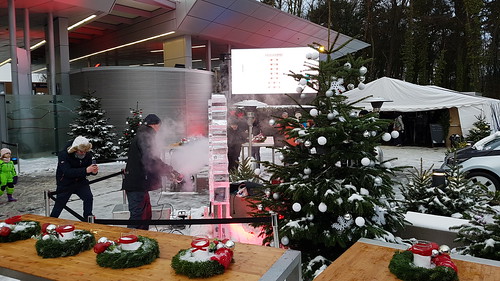 After all that excitement, I went off to Auchan (on the tram) (which was packed) to do my my grocery shopping in a shopping centre which was not that busy so I was in and out quickly. I also bought one Christmas present and looked at a watch which I want but will have to save up for.