Monday evening last, I was perusing Facebook for family news as you do when, underneath a picture of my sister was an ad telling me The Divine Comedy were playing in den Atelier Luxembourg on Friday night.

Ooops Somehow I failed to know this.

I had, at some point, last year, done a search of concert venues in Luxembourg and come up with a) the Philharmonie and b) Rockhal. And that was it. But there’s this den Atelier place and it had the Divine Comedy lined up. The Divine Comedy. Seriously, how the hell did I miss this?

So a ticket was procured. The internet is a wonderful place. 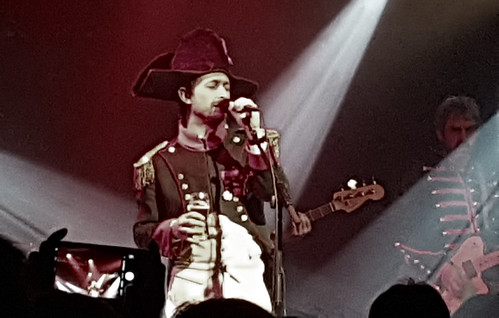 About 7 gig photogs showed up when the band arrived, all brandishing shiny DSLRs. My DSLR is somewhere else, plus, frankly, I’m not in the mood for carrying it around much. What I have here, I took with my mobile. I also took out my sketchbook but you’re not going to see those.

Favourite song of the night, definitely Certainty of a Chance which I think is my favourite Divine Comedy song anyway. But we also got National Express, Generation Sex, and from the rest of the canon, yes, Songs of Love and Something for the Weekend and pretty much every hit he ever had. And an Abba cover. 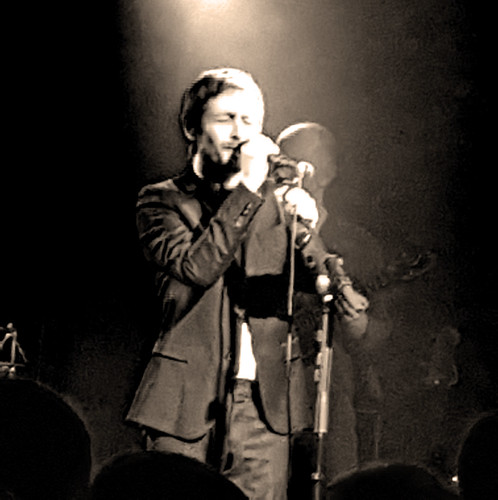 The thing about Neil Hannon is from the audience point of view, he looks like he is having a ball on stage. Like he loves playing, loves singing. And while every piece I have ever read about him interviewing him, reviewing his stuff has always focused on his writing which is sharp and extremely witty, the fact remains that he has a stunning voice as well and is well capable of pyrotechnics with it.

I loved every minute of this concert.

Great band with him as well.