It’s three years since I was last in Finland – I’d say it was far too long but there was a 14 year gap prior to that.

Anyway, for various art related reasons I wanted a picture of an icebreaker and I knew there had been one near the hotel where I stayed the last time and given I was still dragging a large camera around then, I would have been surprised if I didn’t take a picture of it. So I rooted out the relevant hard drive to find the pictures from Helsinki, and while I was scrolling through them, I found this. 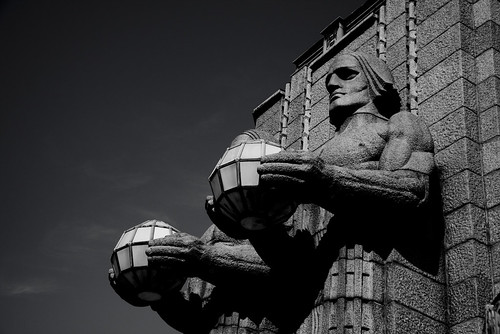 Basically, this is the railway station in Helsinki. It’s a rather austere looking building – a lot of discussions online suggest it’s a bit Soviet Union. The day I got the train to Tampere, there was, however, a train to Saint Petersburg on one of the quays. Finland does share a border with Russia. I’ve always remembered the other picture I took of the train station, or made anyway as the processing was rather unique 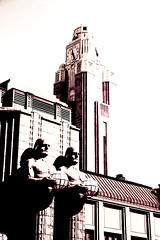 So I’d forgotten about this. Whether it is the passage of time, or the mood I find myself in now, I suddenly find I love the black and white picture now, and particularly, in full screen version as my desktop image. Helsinki is a lovely city. I really do want to go back.

For what it’s worth, I did take a picture of the icebreaker too. Here it is. 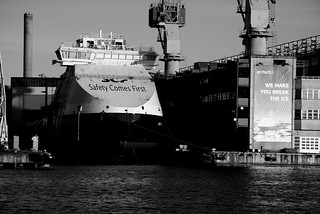