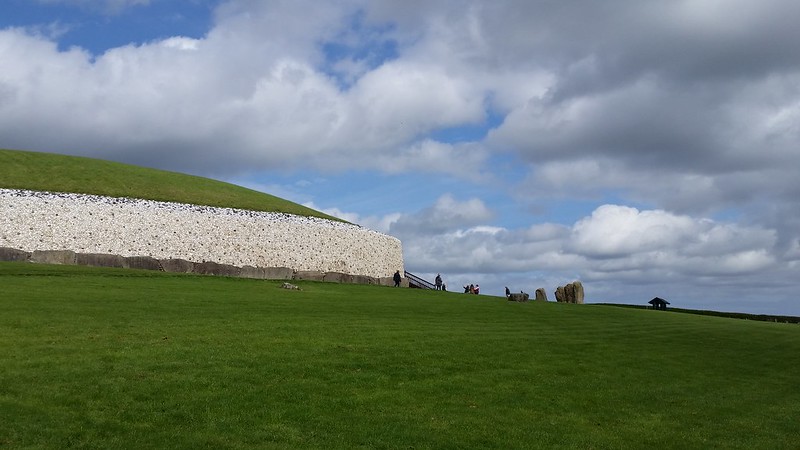 Newgrange is one of the highest profile historic sites which we have in the country and when most people talk about going to Newgrange, they mean they want to see this one.

When I go to Newgrange, I always go to Knowth as well. Yes, you can actually go into the passage in Newgrange, and yes, it’s extremely well done but it’s always very busy.

Knowth is generally much quieter and, on occasion, no matter how busy Newgrange might be, you might have the site at Knowth more or less to yourself. There’s a lot to be said for this.

Knowth is bigger than Newgrange, but it does not look anywhere near as perfect. It hasn’t been restored (or reconstructed) in the same way as Newgrange was, and some different decisions have been made about the site. A key one is the question of the quartz stone. At Newgrange, this was built up as a wall. At Knowth, the view was taken that it was probably a terrace around the entrances. I’ve mixed feelings. Certainly Newgrange looks more complete but….

That aside, the reason I would still favour Knowth over Newgrange is the art. Knowth has significantly more external art than Newgrange and it is stunning.

Yes, the entry stone for Newgrange is iconic: 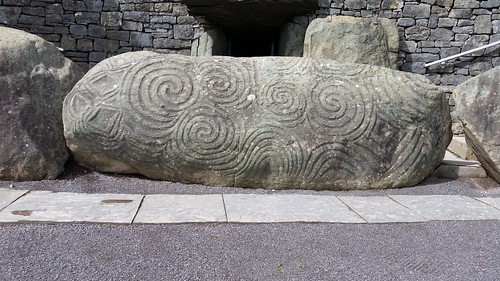 but then, there’s this: 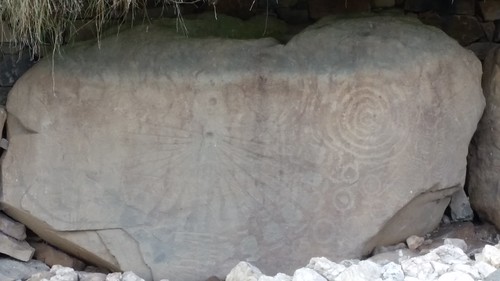 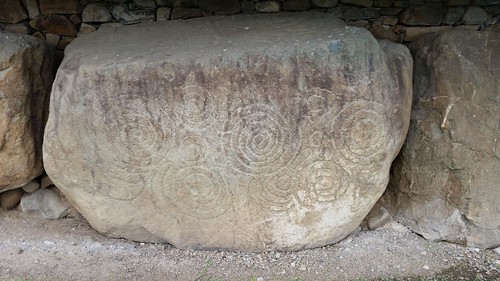 I find what’s around the base of Knowth simply to be on a scale which is borderline unimaginable at Newgrange.

I didn’t have time to go to Dowth yet and it’s not included amongst the options you can get to from Bru na Boinne. However, if you are interested in neolithic art in Ireland in that area, I would strongly recommend Knowth as a seriously underrated site. It is wonderful. You can actually look down the passageway although access down it is not permitted to the public and you can see some public access work done on the eastern end. You can also walk to the top of it and the view from it is quite impressive.

I find the whole idea of pre-history in Ireland fascinating. If you go to the National Museum on Kildare Street, you’ll find examples of 3 and 4 thousand year old jewellery which contains carvings not dissimilar to some of the carvings on these stones and it’s extraordinarily beautiful. I really do wonder about the societies that were able to access the gold, shape it, carve it. It seems to me those societies, however on a smaller scale than is currently on the case, must have been extremely sophisticated, particularly with respect to their ability to use tools to achieve tasks which would probably challenge us today.