One of the things which happens when you move somewhere is that you have to build a new social circle. I have plenty of hobbies so I have options on this front. The first Sunday in January I joined the Luxembourg urban sketchers who were going to the Museum of Modern Art, otherwise known as MUDAM.

Given how cold it was, it was useful to be inside.

I am not really the biggest fan of modern art – it doesn’t speak much to me, so I suppose it’s not surprising that when push came to shove, I found myself sketching a piece of an older building instead.

However, people took many different views. 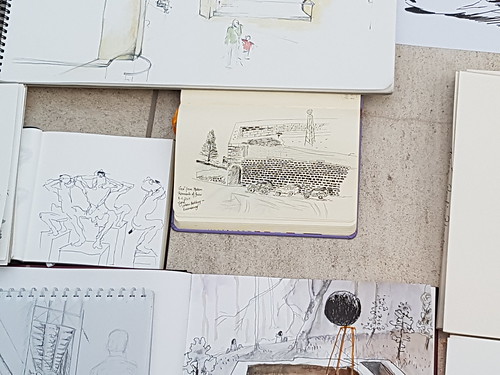 And this is the group shot: 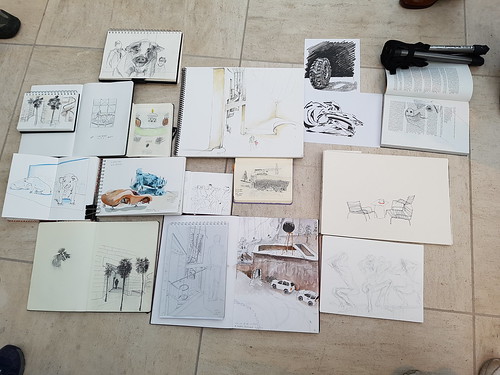 That being said, while the actual exhibition in the MUDAM left me a bit cold, the building it is in is actually stunning. The following Sunday I went to the exhibits in the Villa Vauban which is, I suppose, a great deal more traditional. I much preferred it. This probably says something about me.